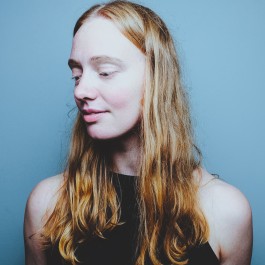 Thorgerdur Johanna is an Icelandic DJ based in Oslo. Starting out as a classical pianist who later turned singer-songwriter, she had strong musical background when she started DJing late 2014.

Being introduced to house and techno music through frequent visits to Kaffibarinn in Reykjavik, her interest only grew when she moved to Oslo in 2013 and got introduced to the Oslo-underground scene. She had her first gig in 2015 and has in short time become a resident at one of Oslo's most respected underground clubs, The Villa, and her DJing is already taking her places around the world, from Iceland and Portugal to New York.

Having a unique ability to curate groovy, mysterious and engaging sets she became a member of Blossy, OsloGround and Det Gode Selskap, concepts which are known as two of the driving forces behind the underground electronic scene in Oslo. She has played alongside the likes of tiNi, Nima Gorji, Giuliano Lomonte, and.rea and Charlotte T. among others and constantly continues to impress and surprise her crowd, colouring her sets with authentic positivity.

What triggers her when it comes to electronic music is warmth, mystique and interesting story-telling melodies that combined in a set create a journey that is hard to forget. She loves travelling through different kinds of styles, exploring how they together create an effortless flow, focusing on the vibe rather than any style.