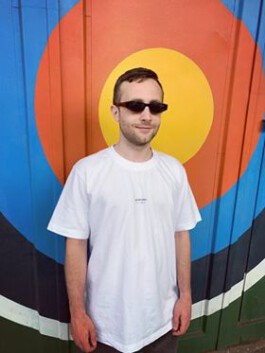 Otis aka Enrico Locati was born in Turin, Italy in 1990. He discovered his love for clubbing thanks to the vibrant electronic music scene in Turin during the 2000s. Soon after he began living in places like Barcelona, Ibiza, London and Berlin to discover and connect with the local scenes in those cities where he could deepen and cultivate his passion for electronic music. With the purchase of his first turntable in 2013 he reached a turning point and began properly to start digging and collecting records. At the same time he started to take his first steps into music production.

It was in London where he deepened his technical knowledge working as a sound technician and studying live sound. He then decided it was time to take the next step and relocate to the epicentre of electronic music, Berlin, where he still lives now. In Berlin he continued to develop his technical and theoretical knowledge through further study of music production and audio engineering. Soon came the release of his debut EP on the “Amazing Stories” record label followed by another solo EP on the Berlin based “Partisan” record label. Those first releases paved the way for what came after. Otis's name appears on Labels such as Eya records, Lonewolfe, Lunasa, System error.

Drawing a lot of influence from 70s, 80s & 90s music, inspired by his friends and fathers record collections and taking many structural elements from HipHop, Jazz, and all the electronic music listened around the world that inspired him, forms the blend that shape his productions today. Otis is a “studio addict" obsessively researching and exploring in order to push the sonic boundaries, never forgetting the mission to transmit deep emotions to the listeners.