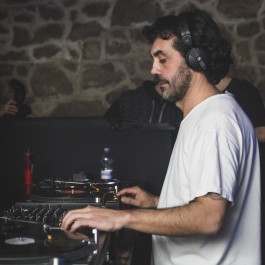 Ivan Iacobucci began his artistic endeavors in the 90s in his birthplace Italy. He draws influences from both from Detroit techno and Chicago house – creating a landscape of dark atmospheric sounds and soulful percussion. After moving to Berlin, he devoted himself to a new project which gave birth to U-More. Under this new pseudonym, he released on various renowned labels including the Japanese Cabaret Recordings and of course his own label U-More Lab. U-More’s releases contain high levels of enthusiasm and quality, following constant shifts of noises between the background and foreground, he engulfs the listener with well-placed beats and charismatic frequencies. His sets and releases portray an “old-school” vibe with a modern deep twist.