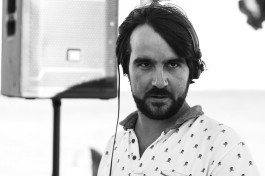 Diogo Lacerda became one of the most influential and also most booked selectors in Lisbon over the last few years. Championing a new sound that still has to establish it self in the still very young and yet not so much refined but fast growing local scene.
You can always expect the unexpected, in Lisbon he’s very well known for his extremely long afterhour sets and playful warmups during his residencies.
Nowadays he is holding several residencies in and outside of Lisbon among those are the Assemble Music Showcases at Ministerium Club and at the riverside at Ribeira das Naus, Radiant at 512 in London, LowMoneyMusicLove Showcases and at the famous Bar do Fundo at Praia Grande near Lisbon.